About the Bulb Foundation and board of trustees 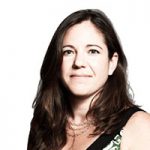 Trained as a development economist, Allison has worked in the environmental space since 1995. Over the past 20 years, she has focused on the intersection between economic development and environmental protection through a variety of roles in the NGO, government and commercial sectors.

She has led a number of foundations including the Nand & Jeet Khemka Foundation and Zennström Philanthropies, and has provided strategic advice to foundations based in Europe, the US and the Middle East. Before joining Bulb Foundation, she served as the Senior Policy Advisor for Climate Change at The Elders Foundation. She holds a BSFS from Georgetown University’s School of Foreign Service and an MSc from the London School of Economics 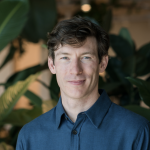 Hayden is CEO and co-founder of Bulb. Before founding Bulb, Hayden studied economics at LSE and spent 10 years as a management consultant, first at Monitor Group and then Bain & Company. During his time consulting with one of the major UK energy suppliers, Hayden became aware of the inherent inefficiencies in traditional energy companies and the lack of affordable, renewable energy options for UK consumers. He decided to leave Bain and use his industry experience to found Bulb, together with friend, then co-founder Amit Gudka. 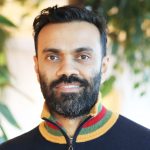 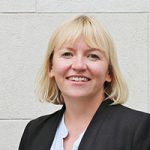 Sophie Pullan is FILE’s Director, Global Programmes and Operations. Prior to joining FILE, Sophie was Operations Director, Global Policies for the European Climate Foundation, as well the Portfolio Manager for Climate Change at the Children’s Investment Fund Foundation (CIFF) where she led a range of interventions including CIFF’s HFCs and European portfolios. She also currently serves as Vice Chair for the Bulb Foundation. 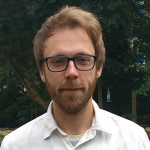 Stemming from substantial concern regarding the apathy demonstrated toward the environment and climate change, from a young age, Alex knew he wanted to be a part of driving positive change and engagement.  This led to an undergraduate degree in Environmental Policy from the London School of Economics, followed by an MSc and PhD from King’s College London in Sustainable Cities and Energy Consumption.  Wanting to take this learning, and apply it with maximum impact, (after a few stop-overs) Alex joined Bulb in 2018, and is currently the Continuous Improvement Lead.

Amal-Lee is a passionate advocate for sustainable development. In 2019 she was recognized by Apolitico as one of the top 100 influencers on climate policy. Her professional experience includes leading UK policy on climate change and development, sustainable energy and green finance for ten years; developing an international climate finance programme at the think-tank E3G and as serving as Chief of Climate Change at the Inter-American Development Bank from 2015-2020.

Amal-Lee is a Senior Advisor to the UK’s COP26 Presidency team and Director of Climate Change at CDC Group, the UK’s development finance institute where she is leading strategy for aligning impact investing towards the goals of the Paris Agreement.